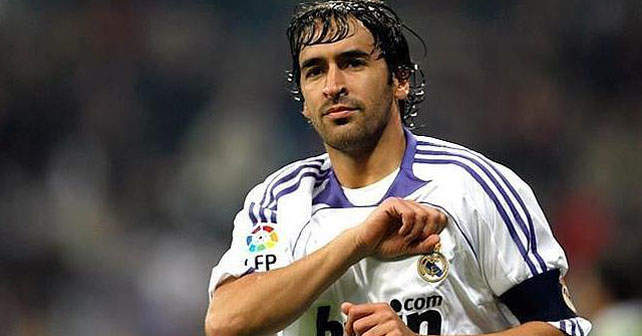 The Lionel Messi vs Cristiano Ronaldo argument is irrelevant, when it comes to the European club game former Real Madrid forward Raul is the king, with stats proving he is the most important footballer in European Cup history.

According to research carried out by European Knights , Raul’s achievements surpass the rest of Europe and put him well ahead of five time Ballon d’Or winner Messi when it comes to the continent’s most prestigious trophy.

The site, which aims to crown the ultimate European Knight by asking fans to pick their favourite icons from the last 50 years via a number interactive match-ups, calculated the outcome by taking achievements including Champions League appearances, goals, trophies, and domestic honours into account and it is mainly Raul’s staggering 71 goals in 142 games in the Champions League that catapult him to the top of the pile.

What’s most surprising perhaps is that Lionel Messi sits in fourth place behind Cristiano Ronaldo and Xavi, who are second and third respectively. Former Barca man Xavi has clocked an astonishing number of appearances in the competition, with 157 compared to the 102 of the diminutive Argentine.

However, football is led by opinion and that’s why European Knights is asking the people who matter most – the fans. True to the Champions League, fans must work their way through a series of all-star fixtures to reveal the world’s greatest ahead of the 2016
final on May 28.

It’s a difficult question. Are all the incredible performances from Michel Platini irrelevant following his recent antics? Is Johan Cruyff’s impact on not only Ajax but Barcelona worth more than that moment of pure magic from Zinedine Zidane in the 2002 final? Perhaps what the future holds for Messi on top of his already incredible achievements wins out…

To cast your votes simply visit www.europeanknights.net and help decide once and for all the most influential footballer in European Cup history.

European Knights uses fan votes to determine which player is the
greatest ever to grace the Champions League. The winner will be
announced ahead of the final on May 28, 2016.