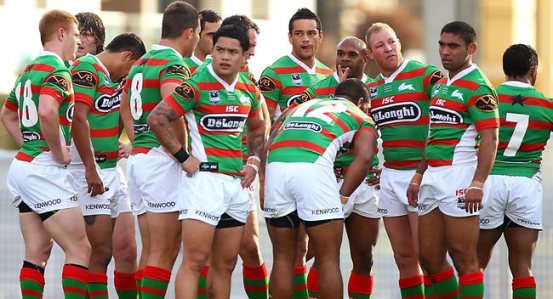 The Rabbitohs are one of the best teams in The NRL as of 2013 and are known as being one of the best teams overall in Rugby Leagues long history in Australia. As one of the founding clubs formed over 100 years ago in 1908 the club has been through alot to reach where its at today. The club has had great history of winning premierships time and time again but its only until recently that the club has had some success after years of actually being one of the worst teams in the competition from 2002-2006. Once actor Russell Crowe and businessman Peter Holmes à Court took over the team they team has gone from strength to strength securing the signatures of many of the great modern day international superstars including Greg Inglis and Issac Luke. They have now a solid base to become a great force in 2014 and beyond.

Based in Sydney, New South Wales, Australia (Redfern) the team is one of the most popular teams in the NRL and its the fans who have helped to make the team one of the strongest in the NRL. The team has a great fan base that is continually growing as fans come to love their great hard style of play, with a no die attitude. The team is already in training for the 2014 season and everyone is expecting some big things from them. They are tipped once again as one of the favourites to make the finals in 2014 grand final. As long as Greg Inglis is fit all season there is no reason why The Rabbitohs won’t make the finals and be real contenders in 2014. Fresh from a great season that had a disappointing end in 2013 the Rabbitohs will come back harder and stronger in 2014 that is for sure. It was quite sad to see the Rabbitohs come so close in the finals this year and almost every fan from all the clubs not in the finals where cheering for them. They had a huge amount of support in the finals series but it was just not enough to get them across the line

Many people are doubting that Souths can win the 2014 NRL premiership after yet again failing to make the grand final for the second year in a row after coming so close. They have not done too much recruitment like the other teams and the players they have brought are not “superstars” but with their current roster anything is possible and they will at the very least make the top 8 finals.

Their coach (Michael Maguire) has really done a great job over the last few years in turning them into a real force and Their co-owner Russell Crowe has been more than pleased with the progress over the last few years and is sure that premiership victory will come soon enough. If you want to help the Rabbitohs win the 2014 premiership become a member today and get right behind them.

I love sport and rugby league more than anything else. I also write about traveling here if you want to check it out. 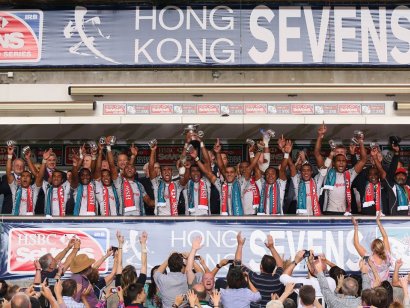