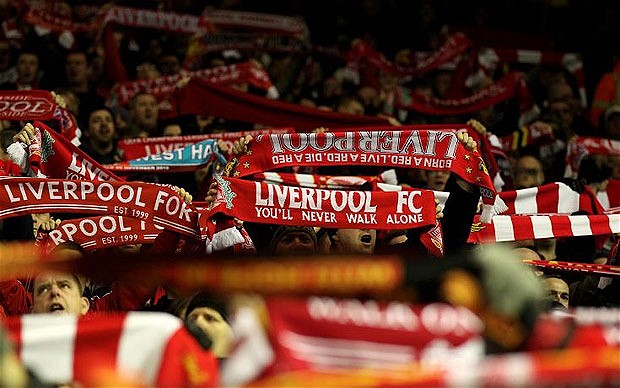 When it comes to football, there’s nothing quite like the excitement and buzz of being at the match – something which TV just doesn’t do justice. And while the action may be on the pitch, the energy comes from the loyal fans occupying the stands – with some stadiums being considered hallowed ground by football fanatics worldwide.

From football bets to blood sweat and tears, there’s nothing that true football fans won’t invest in their team – and that energy is felt on the pitch. With that in mind, we’ve compiled a list of the 5 most iconic football stands from around the world.

The Kop at Liverpool’s Anfield Stadium is so well known for its die-hard fans, the term ‘kop’ is now used colloquially for football stands worldwide! Locals and hardcore Reds fans even refer to themselves as Kopites because of their dedication to cheering from the sideline.

Dortmund’s famous Yellow Wall stand is the largest grandstand in the world, holding a staggering 25,000 excited Borussia Dortmund fans on match days. The volume of supporters cheering on their home team gives Dortmund a serious advantage when it comes to home games. Despite Dortmund’s struggle of late, fans flock to the stadium to be part of the Yellow Army on the world famous supporter stand.

The West Stand of Old Trafford is where you’ll find the most dedicated Manchester United fans come match day. Since its expansion in 2000, the huge grandstand is responsible for the deafening roar of cheers that fill Old Trafford and can be heard from miles away.

The magpies may not be known for landslide wins – but when it comes to football, nobody can deny the passion of Newcastle United’s supporters. Occupying the Gallowgate End stand, the black and white fans are a force to be reckoned with – cheering on their home team come rain or shine. It’s considered an honour among Newcastle’s team to score a goal at the Gallowgate End – facing their fans in their moment of victory!

Formerly know as the Pegasus stand at the homeground of Turkey’s Galatasaray S.K. football team, the stand is notorious for the antics of its football fanatics. The Turkish fans take football fever to a new level – and have even been known to set off flares mid-match! While this may not be safe or even legal, no one can deny Turkey’s passion for the game.

There you have it, the world’s most famous (and infamous) football stands. Considered a home away from home for millions of football supporters worldwide, these monuments are a jam-packed testament to the support and dedication of football fans across the globe.